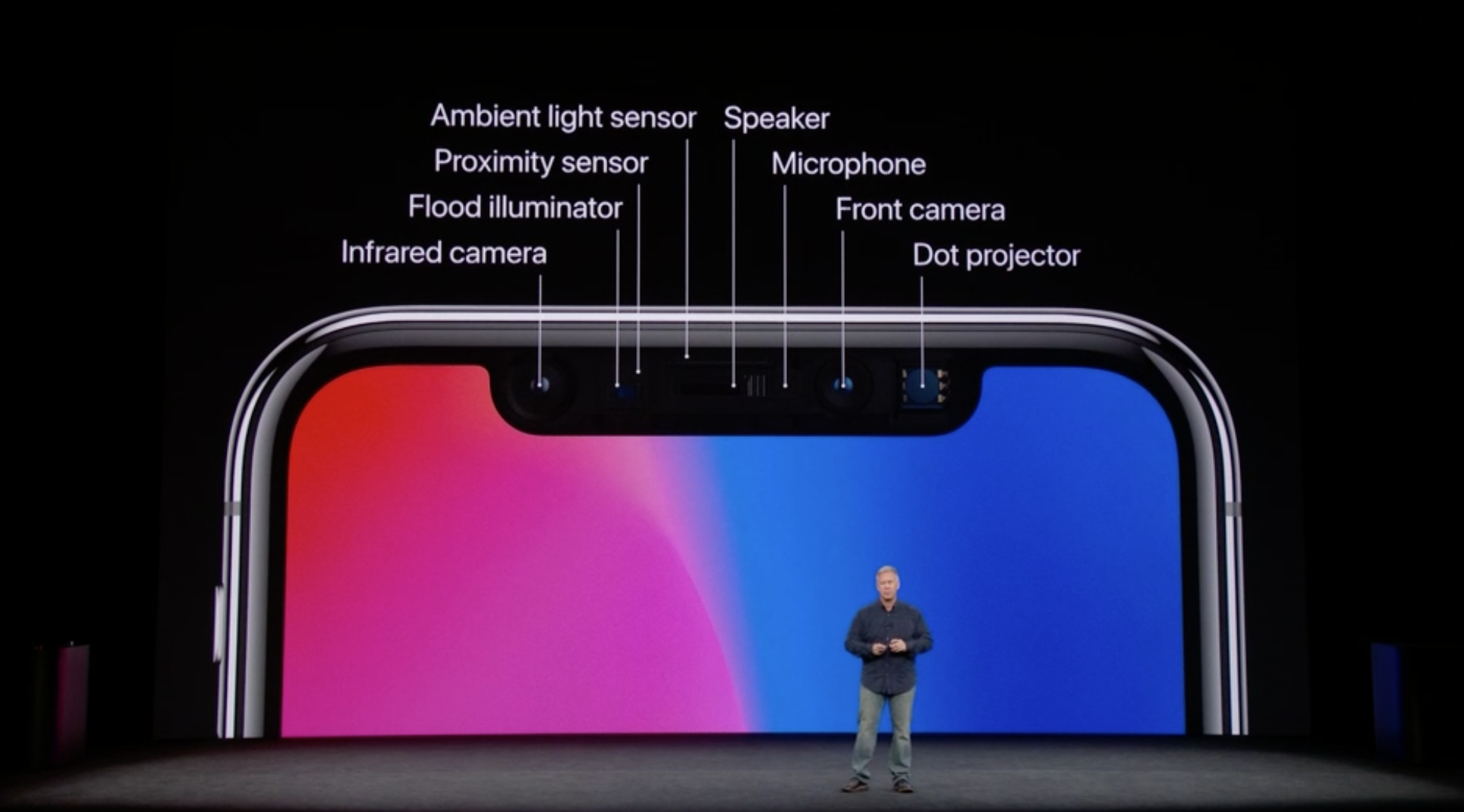 The reviews are starting to come in on the iPhone X and there is something I have wanted to discuss: The front facing camera, and sensors built into the notch! These are for way more than just facial ID and animated poop animojis!

When I first saw Apple’s keynote on the tech they had shoved into such a tiny package referred to as “The notch” or “the unibrow” on the iPhone X, I thought, well that stole the show. Not because of it’s ability to unlock your phone via facial recognition…

As much as I enjoyed full heartedly watching Craig Federighi cluck like a chicken with Animoji’s and laughed my ass off… a feature I will mostly likely be guilty of using often(I find voice messages are a really great way to meet someone in the middle between a phone call and text, finding it more accurate and quicker at times than voice to text)…

I was sitting there going, holy sh*t… this is real time mapping a face to an animation in something the size of a toothpick and it is doing it seamlessly. Facial mapping and animation is something I know a lot about considering my background at Blizzard Entertainment, the largest video game company in the world. This kind of process has always been taxing and resource intensive, but he was holding the tech I had spent years perfecting, fighting, and rendering for hours at a time in the palm of his hand, doing it all in real time.

I sat there, took a breath, and thought… wow… Now how are developers going to utilize this functionality and amazing tech for Apps, Augmented Reality, and other daily practices. The possibilities are endless.

We have actually talked a bit about this already here. But to sum it up, AR is going to explode in the coming months, years. Unlike VR, AR allows you to be in the world, while still being connected to all that stuff you look down at your current phone to see, missing the world around you. How we interact with it will depend a lot on the devices we have. With the incredible amount of tech in that tiny notch, it is hard to not see it truly helping to open that door wide open to developers. Who knows, maybe the return of Google Glass would make sense now as we disconnect ourselves from the physical parts of our phones more and more via assistants and the amazing tech in the notch.

For me the removal of the home button is freedom.

Untying ourselves from the physical connected bits of a smartphone is an amazing idea! Replacing it with a sensor that can shoot out 30,000 dots of tech at your face to let your phone react with and to you, not you reacting to your phone.

I am truly excited for this. While some may be up in arms at the loss of a home button, I see this move away from buttons as a much bigger step for smart-phones. Giving the phone more control to do the things you want it to do. The Pixel is a great example of this with the Google Assistant, or the Amazon Alexa. We give so much control to these devices and expect them to perform tasks for us, so why shouldn’t we expect our phones to press a “home button” for us. iPhone X is beginning us on our journey to detaching from the physical and more toward the practical. But as with all things, change is hard, takes time, and often meets resistance. I say bring it on, I always wanted to be part of the resistance!

While it is still too soon to see how this will develop over time or hold up against tests and real life use, the first reviews are out for the basic functionality and it is smooth, fast, and just works.

I myself am excited to remove the physical parts of my phone!

It means pressing forward to a new future where my phone is not just a peripheral in my pocket but a tool and assistant that reacts to me versus just being the tool I use to react with. Putting the smart back in smartphone. Removing our very early ideals of physical keyboards(remember how that went? Blackberry…), buttons, peripherals, and redefining what a smartphone is and can be. You can’t teach an old dog new tricks, so good thing we aren’t dogs!

Is the iPhone X the future? Not yet, but it is a damn good step in the evolution and will help a lot of people embrace the changes that are coming in the upcoming years. Sure iPhone isn’t the first to the market with some of the tech above, but so far, they have the most refined approach. According to those who are super techy, exactly 2 years ahead of any other smartphone with their face mapping abilities in the notch, not to mention their processing power to support it!

When was competition a bad thing anyway? We need this! It only benefits you and I as the consumers.

So here’s to the future of redefining a smartphone, not on how many amazing parts it has, but on how many amazing things it can accomplish for you! Apple and Google are definitely paving the way here with their iPhone and Pixel series of phones. Both in different and exciting ways. iPhone X showing us how we can move forward with less attachment to the physical, and Pixel 2 with it’s amazing smart assistant. So go at it you two! Keep up the good fight so we all get the best damn “smart” whatever it will be called in the future, regardless of ecosystem!