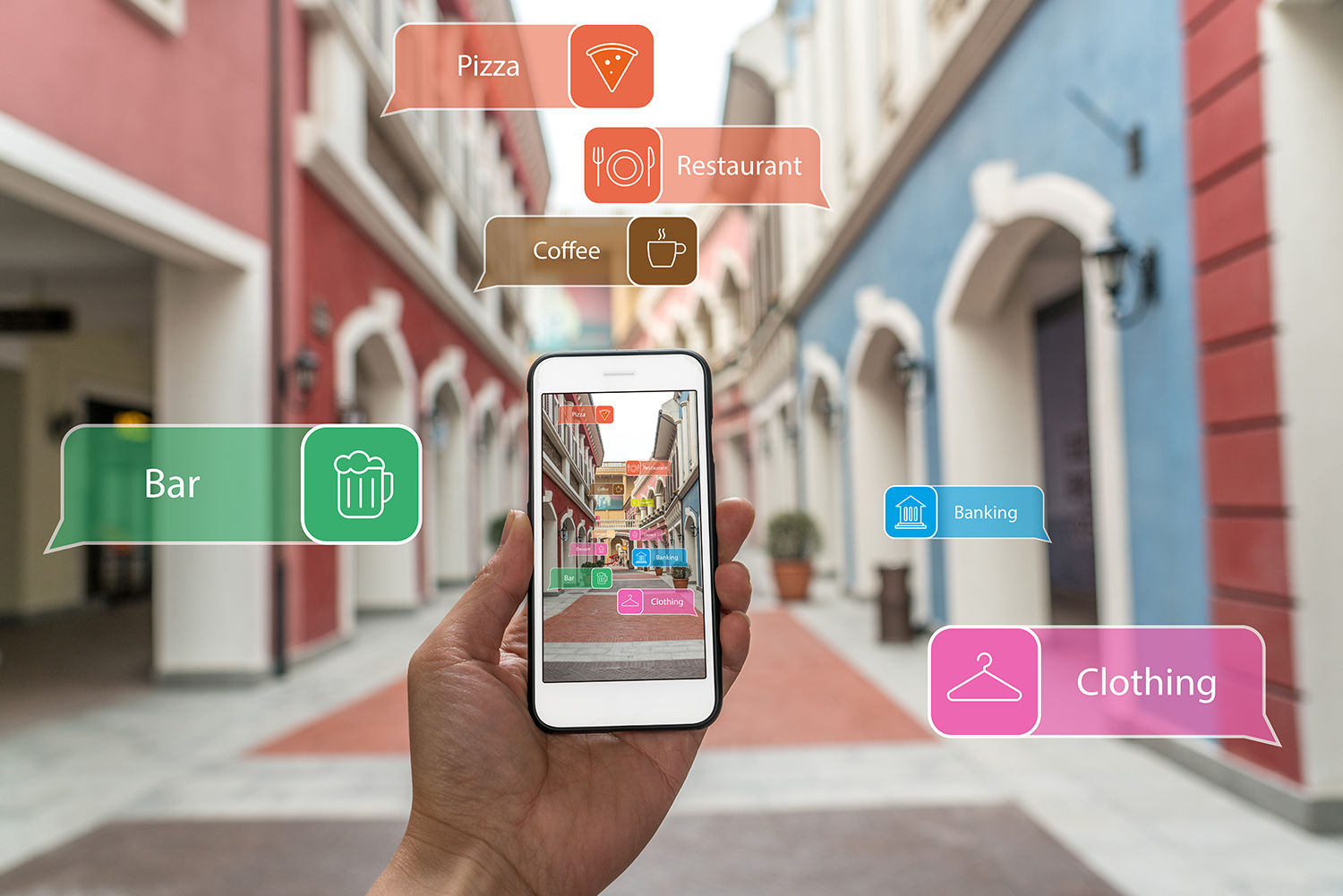 Before you get too excited about AR, watch this chilling short film first!

If you aren’t scared shitless then continue to the cool apps!

And if you are saying, well that would never happen… check out this app:

Since it was first announced at WWDC, Apple’s ARKit has been open to developers to get a feel for the new platform. Now that iOS 11 is finally here, ARKit is available for anyone with an iPhone 6S or later, the iPad Pro, and the latest 9.7-inch iPad. In the time between the announcement and its official release yesterday, developers have used ARKit to create apps for big brands like The Food Network and AMC’s The Walking Dead, as well as for smaller, but no less important amusements like this demo that does nothing but visualize AR tea cups resting on top of a good dog.

Whether it’s existing apps that have added AR functionality with their updates, or fresh new apps introduced specifically for the platform, here are nine AR-ready iOS apps you should check out after updating to iOS 11 to get a feel for the feature’s usefulness — and yes — pointless fun.

Giphy’s already integrated into iMessage with its own keyboard app, and partnerships with Facebook and Twitter have helped spread its database of GIFs all over the internet. The Giphy World app takes that one step further to bring GIFs into your surroundings and letting you record video. You can also share entire scenes with friends who also have the app, who can then interact with your GIFs in an explorable space.

Given the smash success of Snapchat’s AR hot dog DJ, I wouldn’t be surprised if these GIF-integrated videos start popping all over your Instagram Stories.

It only makes sense that the snarky AI weatherbot would make the leap to AR, where its personality can really shine. Just don’t poke its ocular sensor, or it’ll snap at you. Update to Version 4.1.2 to get AR Mode, or buy it on the App Store for $3.99.

Strava, the social fitness-tracking app which already has more than 20,000 apps using its API, has added augmented reality to the mix. The latest app to use its API, Fitness AR, works by letting athletes visualize their routes on a 3D terrain map, which is powered by Mapbox. A screen-recording feature lets users pan and zoom through their routes to create a video, which can be saved to the camera roll and shared. It’s now available on the App Store for $2.99.

Ikea, which has a track record of staying on top of trends with its smart lighting and oddly charming ASMR promotional videos, now has a new app for helping you visualize its furniture in your home. More than 2,000 Ikea products are currently available in the app, so you can let your inner Property Brother thrive and play interior decorator.

Wanna go a step further than Ikea Place? Housecraft is a furniture arrangement app from Sirvo, the studio behind the perfect puzzle game Threes. Instead of limiting objects to just Ikea furniture, there’s a catalog of items that can be resized to fit the dimensions of your room, so it’s more of a planning app.

There’s also a “Disaster” feature, as any good app should have, in case you feel like destroying a room.

One of the most impressive, useful tools on the platform, MeasureKit can measure almost anything using just an iPhone or iPad camera. You can easily measure angles, check if something is perfectly level, or measure your room dimensions without crawling on the ground. The ruler tool is free, but all other tools are available for a one-time purchase of $2.99.

If you want to go beyond MeasureKit, TapMeasure is an app from Occipital, a company that’s spent years working with augmented reality. One thing that sets TapMeasure apart from the glut of measurement apps that will surely flood the App Store in the coming days is that it can also create floor plans and even 3D room models, which can be exported as CAD files or be used in SketchUp. It’s available starting today, and is free to download. Occipital will charge for some features, like the CAD file export, though.

The iPhone strategy game described as “Monument Valley meets Hitman Go” is adding an AR update so you can play the game in your living room or any wide-open space. An architectural puzzle game about changing perspectives seems perfectly suited for ARKit. It costs $3.99 to download.

This adorable puzzle platformer lets you tear up an alien world with a swipe of your finger to lead Fez-like characters back home. The latest update of the game includes exclusive new levels that are reimagined in an “IRL” box. (Confused dog on couch not included.) 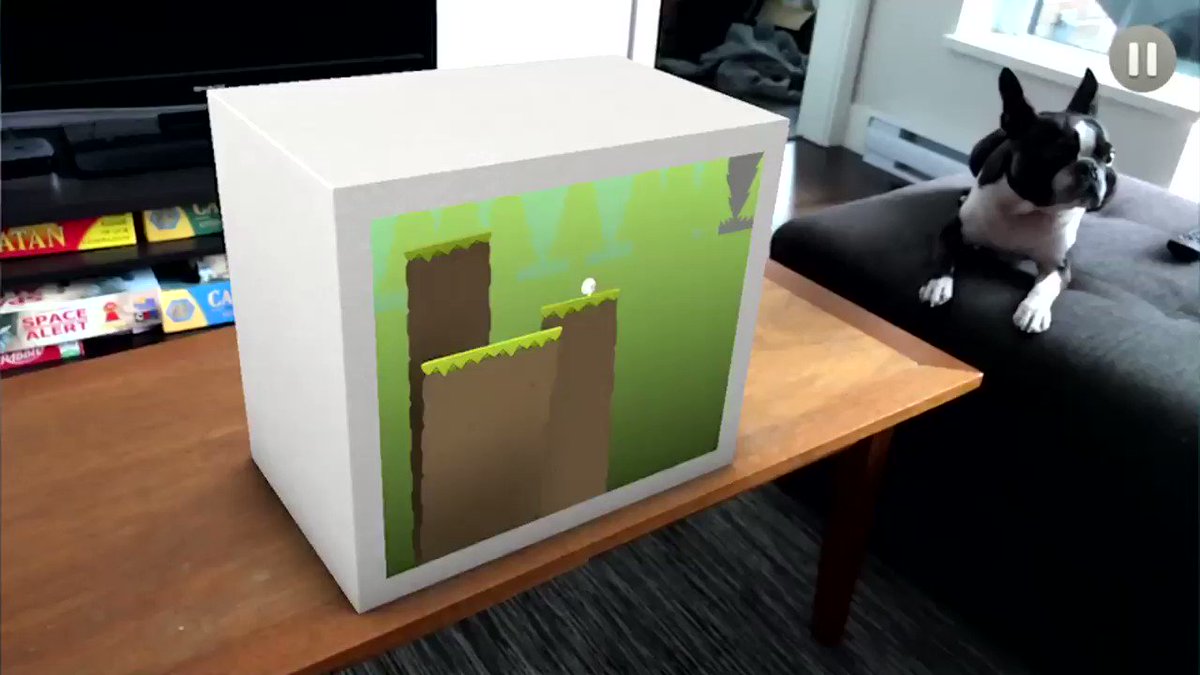