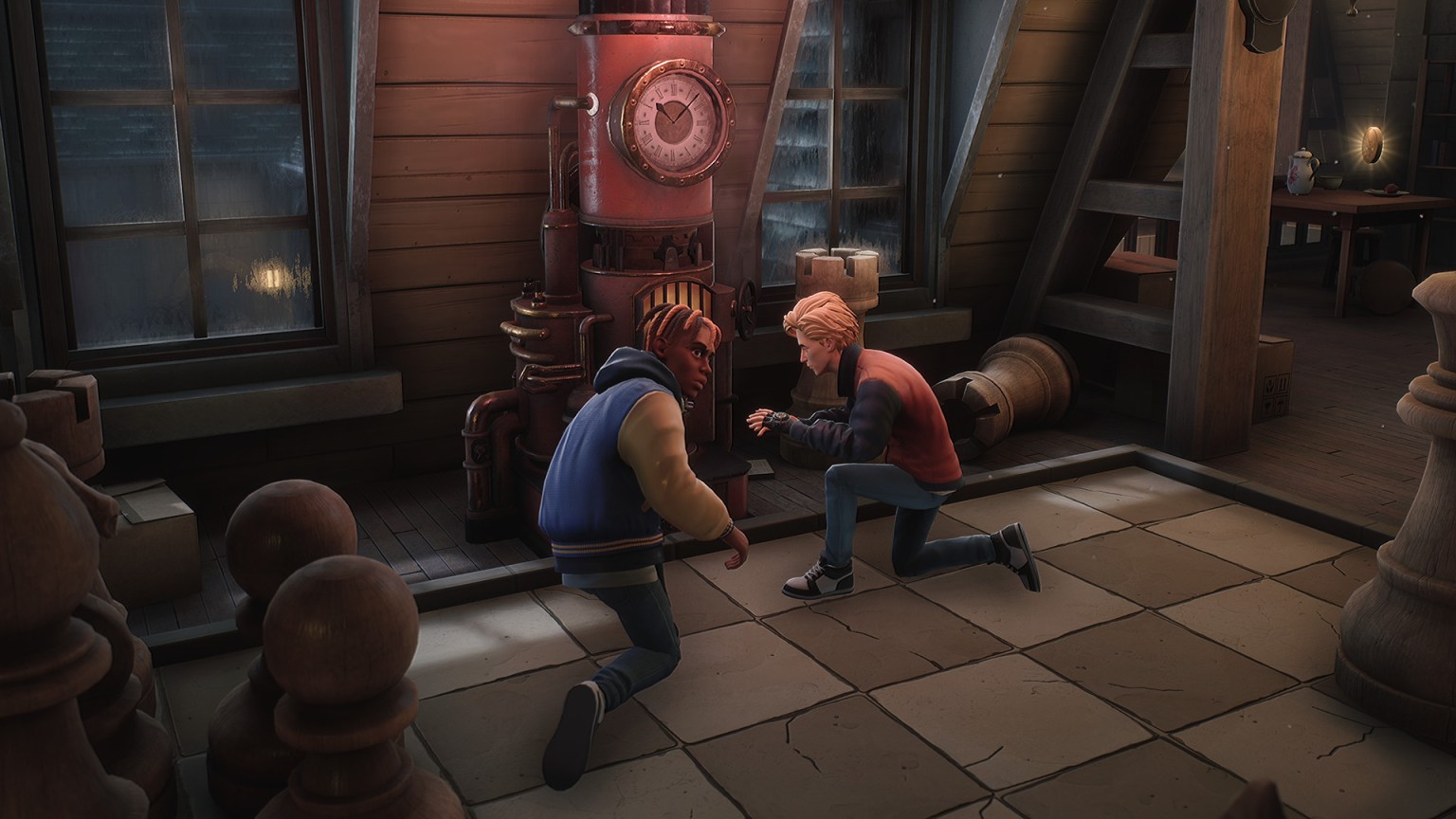 While many people believe that VHS would spark some major competition for Dead by Daylight in the 4v1 Asymmetrical Horror Market, there is an unexpected third competitor that is taking the gaming world by storm. That game is Propnight. This new game, which was just released on December 1st, is the ultimate love child between Dead by Daylight and Prop Hunt. For those who don’t know what that could look like, allow me to explain.

Each game sets four survivors versus one killer. The survivors have the objective of repairing five generators and escaping through one of two doors. The killer is tasked with making sure that these tasks aren’t completed and that the survivors are killed.

The survivors are given one ability that separates them from the survivors of Dead by Daylight and VHS, they can turn into props that exist within the map. Anything from an origami paper rabbit to a piano can be chosen as your perfect disguise. It is up to the killer to figure out which prop you are and their abilities are tailored to sorting out who is what, as well as creating their own mischief.

There are currently five survivors to choose from. There is Isaac, Taiga, Chris, Mable, and Kate. They all have the same abilities, which include double jumping, turning into props, repairing generators, stunning killers by bonking them on the head as a prop, saving fellow survivors from the chair, earning coins, and using said coins to earn helpful items from the chest.

The only differences between each survivor are their cosmetics and the items that they spawn with in their inventory. Isaac comes with a camera (used to blind the killer), Taiga and Kate come with a first aid kit, Chris has an energy drink, and Mable has a book of invisibility.

There are five killers that can be selected to hunt down these pesky teenage survivors. They are Banshee, Granny, Imposter, Akasha, and Igor. Each of these killers has its own special abilities that set them apart from one another. The Banshee has the abilities of Curse (causes generators to be more difficult to repair), Scream (damages and reveals survivors in a certain radius), and Flight (allows her to fly in the direction she is facing).

The decrepit Granny knows Mine (spawns a floating knife that attacks Survivors who approach it), Astral (goes invisible and picks up speed for a short time), and Throw (launches knife in direction of pointer). The seemingly eyeless Imposter is arguably one of the most dangerous with the abilities Overcharge (damages all generators and slightly increase speed), Spy (turns into one of the Survivors), and Prop (turns into one of the Props).

The young vampire known as Akasha brings with her Blade Dance (a sudden dash that damages all in its path), Blood Eye (an eye that tracks the movement of Survivors), and Shadow (a form that makes her faster but doesn’t allow her to attack). The dangerous bunny known as Igor has the abilities known as Chainsaw Terror (which causes chainsaw noises to play over the entire map), Soda Bomb (a throwable bomb that damages in a certain radius), and Charge (runs forward with chainsaw revved).

Now that I have gone over the basics, the question must be asked of how the game actually is? The good news is that the experience that I have had with the game has been amazing! Sure, there have been a few strange glitches and bugs, but they have mostly been fixed within the first 48 hours of the game being released.

The only bug that I experienced during those first 48 hours that was truly weird was when all five players spawned in as a survivor, which I was able to capture with this footage here. The thing that separated me from finding these bugs annoying on Propnight, compared to if these same bugs were to happen on Dead by Daylight, is all about the atmosphere.

The atmosphere and style of Propnight doesn’t take itself too seriously. In fact, I would say that this game has blended the scary tones of Dead by Daylight with the funny and comical tones of Prop Hunt. This blended feel gives the game a cartoonish feeling that almost makes it funnier whenever some bugs happen. This tone also makes the interactions between most Survivors and their Killer to be much nicer than that of Dead by Daylight, especially with the inclusion of a voice chat. A few of my matches were just regular banter, while others were full-blown role-playing between the Killer and the Survivors.

The one thing that really concerns me about the game was the size of the maps. Some of them seem just right, whereas others feel a bit too small. However, I think this works out for the best since the game is rather balanced between the Survivors and Killers. This is not something I would say about Dead by Daylight. Overall, I have enjoyed my time playing Propnight and I look forward to playing even more of it in the future!