All The Things / Gaming / Opinions / Slider 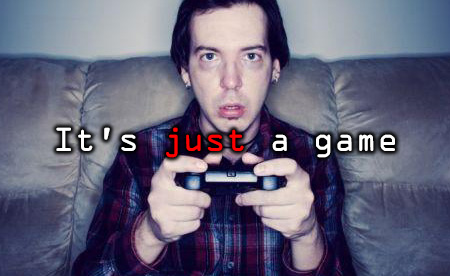 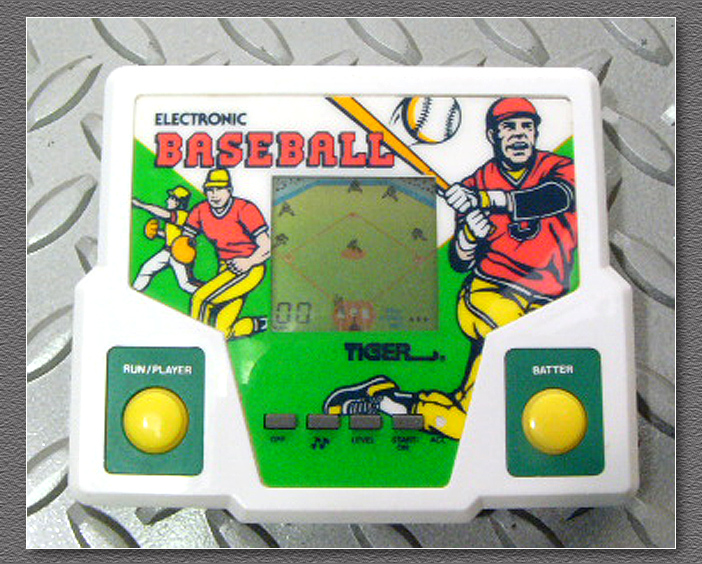 The games you could sink hours into on a long car ride or session sitting on a friends couch. Even though we seem to buck at the idea of repetitive actions in games these days, that was the same reason it kept us all entertain for hours on end. At the end of our play sessions we were no more or less engaged, but we will always remember them.(kinda like a Britney Spears song)

Sooner than later the Internet was upon us. Our journey to interconnectivity via dial-up modems, beepers with 120 character limits(twitter foresight much?), and eventually cellular phones.

Without “our approval”, which as a gamer, we know it is something we grasp onto strongly; games were no longer cartridges to be blown profusely before placing them in for a gaming session. They were an alternate reality, mimicking our everyday lives. Like life, they were hard to hold onto, feel, or even understand completely, but they played into our yearns and desires to be something greater. They allowed us to be Kings, Queens, and slayers of mighty beasts. The apocalypse scenario we all infatuate ourselves with was right there at our fingertips. The simple combination of mouse and keyboard actions could determine our strength, intelligence, and ability to be something grandiose. Massively Multiplayer Online Role Playing Games, otherwise shortened to the MMO(RPG) were born.

Our parents had ingrained into our psyche the terminology “It’s just a game” as we argued why we didn’t have to do our homework, eat our dinner, or take out the trash right that very second as we slayed the next epic boss, decorated our virtual house, made sure our Sim had ate and relieved itself. We gave priority to our alter egos easily and willfully. I mean why not? Who wants to be the 14 year old kid who is going through bouts with acne, social awkwardness, and the pressures of studying when we could be so much greater in these virtual worlds. Not only could we achieve “The American Dream” by owning plots of land, traveling to new and exciting places, gaining E-Fame, but we could do it without leaving the basic comforts afforded to us by being home. We nor our parents could have understood that we were literally being given a virtual antibiotic to the human condition. A shortcut to climb the social ladder into the “cloud”. Online Gaming was shaping up to be exactly what we needed, an escape from taxes, bills, school, work, and most importantly reality. It was our wildest dream, fantasy, or desire for a simple monthly fee.

Now fast forward to 2013, the term MMO tagged onto every game out there(for better or worse), virtual items in games gaining real world value, “always online”, voice communications that allow real time interaction with anyone anywhere, graphics making the games more believable or fantastical. Games are more realistic than ever, and what they lack in realism they make up for with fantasy. The child in us, that remains at 14 or 80 years of age, is giddy to escape into these worlds. They are our safety blanket we are unwilling to let go of.

Here is the crux, we didn’t see the fourth wall being broken down on what we were taught as children that, “it is just game” as Social Networking and gaming became one. We now have the ability to communicate in every form one could imagine within these “virtual worlds”, but instead of being just an avatar attached to a name we felt befitting our personalities, we have that avatar, a real life email, Facebook account, twitter account, LinkedIn profile, and various google image searches of our face, real name, and personal moments attached in a neat little package. Add on top of that, the generation of gamers growing up today that have never experienced the anonymity or dis-connectivity we did(yet many follow from our example), and you have a recipe for a lot of angst.

Online games are starting to mimic the “stuff” we used them to escape when I was growing up: social ladders to climb, cliques of players who only allow the “elite” to join, bullying, “Keeping up with the Jone’s” attitude toward games or virtual items(so stuck by the idea that theirs is the best that they are not open to the idea of new or different that if another game comes out that might be just as fun for someone else as another game is to you, you get mad and tell them it sucks, afraid it is an inch bigger than your new flatscreen), and a lack of suspensions of disbelief. Games have advanced, but we as a group have not. We shout “It is just a game” as we hold our own piss to make sure our sim pees, unable to see the irony. It isn’t surprising at all that that simple phrase can make a grown man scream at his screen.

When you have a place where you put hours upon hours of work into a virtual version of yourself, more grandiose than yourself, tied to your own name, social media, pictures of your kids, and then someone comes along and kills you, causes drama, or tries to introduce change, of course you are going to get pissed. The dreaded “Patch Notes” are the perfect indicator of how we as humanity, really dislike change. The developers of these games often change things that we will undoubtedly find ways to exploit to further our progression causing them to patch the fixes into the game. You would think, if it is “just a game”, this should be something we accept with open arms, for the better of the game as a whole. The exact opposite is the usual reaction.

We are still brushing off everyone as if they are our parents who just don’t understand that killing this dragon is more important than finishing our homework. That is what the game feels like and as an alternate reality should feel like. It feels bigger than ourselves, but tied very closely to ourselves. We may not even realize that we often mimic our “online personas” in our real lives and vice versa. In a game we are just given a toolset of “power” that we may not have otherwise.

The phrase “It is just a game” has turned from a way to snap us back into reality into a direct attack on who we are. As gaming becomes more ingrained as a valid and acceptable cultural escape, such as going to a movie, taking a smoke break at work, or watching TV on your couch, do we as the gamers need to make a change to make the environment more friendly? Do we need to actively change the way we play to appease the pop culture adapters of our beloved escape? Can we still just blame the outlandish treatment of one another, as gamers, on “being a kid” when we, the 30+ year olds, are the ones spurting the baseless remarks at one another? Is it that we can’t change? Has the crossover of faceless/anonymous avatars to our Facebook picture changed the term “virtual” for these games?

I know this, gaming has moved way past what any of us perceived it could be. On top of that certain games have infiltrated social acceptability in such a way that we are no longer in the shadows. To me this is a good thing. I may not want to accept the fact that I am older, because for the life of me, I still don’t mentally feel a day older than 14. I am still scared of the outcome, I am still curious for the unknown, and I still reach for the stars, but I prefer to not experience that with people who hold onto the idea of “It is just a game” as a crutch to treat others as punching bags, receptacles for their racism, and are happy to brush off those who adopt a vernacular of someone who chooses the path of an uneducated bigot as “children”. We are the “children” playing these games…

I want to embrace the social acceptance of gamers, geeks, nerds. I know when I was younger I couldn’t. I could literally be beat up for talking about a video game. Now it can be a badge of honor! But, how can I personally call myself a gamer when the atmosphere is often toxic. I want to be proud. It isn’t the games or the social stigmas stopping us from being better now, it is us.

Is it just a game?