Logitech has released the G915 TKL!

My daily driver keyboard is the G815(a wired version of the G915) and my review of it can be found here:

To this day this is my go to keyboard. I LOVE IT. Flaws and all it is my favorite low profile keyboard since the apple chic-let keyboard that was discontinued.

Well what you all asked me about in that review was: “Are they making a TKL?!”

Now me personally I don’t want a keyboard without a number pad, I use it for everything, shoot I used to use it for gaming by remapping everything until I got used to wasd. So cutting off the right side means very little to me, but it means a WHOLE lot to others. And that I am very aware of. And since Logitech is the ONLY company making an extremely good low profile mech keyboard right now, a TKL is exactly what some of you want. And the G915 TKL delivered!

So here ya go my thoughts:

Since the key-spacing is still standard, the G915 shouldn’t require a ton of adjustment for people used to full size keyboards.

It’s quite comfortable (for me at least) to type on. I’ve apparently come to prefer the light actuation force and short key travel. The Lightspeed wireless is responsive, simply works (just plug in the dongle – no issues with pairing), and doesn’t interfere with my Bluetooth headset, which is a big plus. If you can get past the unlit secondary legends, the primary legends are attractive and have a very pleasant glow.

Build quality is good and the aluminum top panel is attractive and has a decent heft to it. The bottom is plastic but seems solid and the keyboard doesn’t feel like it has any worrisome flex to it. The plastic tip-out feet are sturdy and hold the keyboard without shaking.

If you’re looking at both the clicky it felt good to me to type on. However, the tactile response on the clicky is sharper and more noticeable. The clicky version technically clicks both on the downstroke and on the upstroke. This isn’t that noticeable and isn’t at all off-putting. The key does actuate before the click, but it is close enough that it is imperceptible and is unlikely to affect normal typing (to confirm it I had to push the key down as slowly as I possibly could). The sound is definitely a “click”, or “tick”, not a “clack”. The last clicky keyboard I owned was an IBM Model M, which isn’t really a fair comparison, and this definitely doesn’t scratch that itch for me. However, as noted above, I found the click gave a slightly better tactile response than the non-clicky tactile version. Alas, while the keyboard is not that loud, it would not be suitable for the office. My recommendation from use is the linear. They just feel better witht he low profile letting the “bottom out” effect truly give you the click you need.

The bluetooth and wifi is just to die for, being able to quickly switch to a text on my phone while also writing on my computer is beautiful and welcome. As well the media buttons are responsive and easy to use.

This keyboard does have some flaws, with the first one being the most significant to me – the secondary legends are not lit. This was an issue on the 815 and 915 full length. All the special character keys (like & and *) are simply printed on the keys and do not light. Since the printing is not high contrast to begin with, this makes them exceptionally difficult to see in the dark.(LOTS OF SQUINTING)

I have no problem touch typing with the alpha keys, but will glance for the less frequently used special characters, and the lack of lighting is really annoying. It’s also a little confusing for keys where the secondary character is used more commonly than the primary (ex: double quotes, question mark, etc…).

Under dim lighting, much less with the lights out, they’re effectively invisible. This is an especially glaring flaw given plenty of other keyboard manufacturers have figured out a simple solution to this – simply print the secondary legend alongside the primary instead of below it, and let them both light up.

Second, this is 2020. Why in the world did Logitech choose to go with micro-USB instead of USB-C? Most other new model high end keyboards now have started adopting USB-C. This was a common complaint on the original G915 as well (along with the lack of lit secondary legends), and it’s clear Logitech didn’t take that feedback to heart so i t looks like we may be waiting for the next iteration to get that overhaul.

Third, while the battery life from the lithium battery is great and better than the G915, if I’m spending $220 on a keyboard, I don’t want to replace it in a few years if the battery starts losing its capacity. How many of you have had cell phones or laptops that just don’t hold a charge as long as they used to? If you usually use this in wired mode that may be unlikely (since you’re not constantly discharging the battery fully), but it would be better if the battery was replaceable. And, while I might be in the minority for saying so, I’d almost rather it use rechargeable NiMH AA’s (just throw a couple of Eneloops in it) than a non-replaceable lithium battery.

Overall however you have a really solid entry into the low profile mechanical wireless playing field which… is basically just logitech right now. And that will hopefully start the trend toward this type of keyboard as it is truly a pleasure to type on. Like I said I am still using my G815. I would switch to the 915 but not the TKL version I really do love me the number pad and for the 20$ difference… I dunno.. you have to really be a TKL junky.

THAT BEING SAID: The G keys are GONE. And for that I am jealous. Because I had to remap the G5 key to CTRL because I constantly hit it to copy and paste instead of control. The placement of the G keys makes for an off centered hand quite often. So I am glad to see those removed for the TKL version!

The software does recognize the keyboard correctly and let you customize the lighting. You can also adjust things like how long a period of inactivity before the lighting turns off. Note that you also need the software to set a default lighting mode (for example, the board defaults to all keys lit the same color and gently rotates between colors – I prefer the color wave, but the board won’t remember that without the software, and after inactivity defaults back to the original setting).

If you want to go with the G915 TKL it will either be because you are a lover of low profile and mechanical keyboards and there really is nothing else that is of great quality like this OR you are past having an extra wire on my desk (and right now the G915 is probably the best wireless option with backlit keys unless you want to take a chance on a Hexgears Venture) or because I find myself unable to adapt to full height keys anymore after using apple keyboards for so long.

If I had suggestions for Logitech:

At the end of the day, you are not going to be upset with an investment in this keyboard. And it is an investment. If you are looking for something wireless and for work rather than gaming check out my review of the MX Keys. This is the best of both worlds imo. I often bring this on trips with me, when not in lockdown. 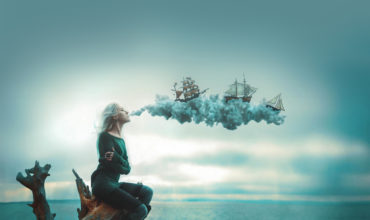 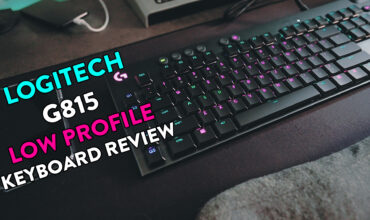 Rotolight Aeos LED (with HSS Flash) Behind the Scenes Review 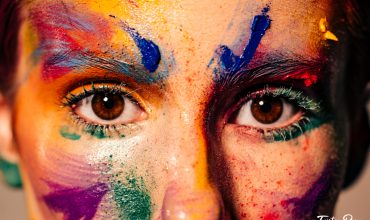