Why can’t all Emojis be created EQUAL?!

All The Things / Featured / Rants 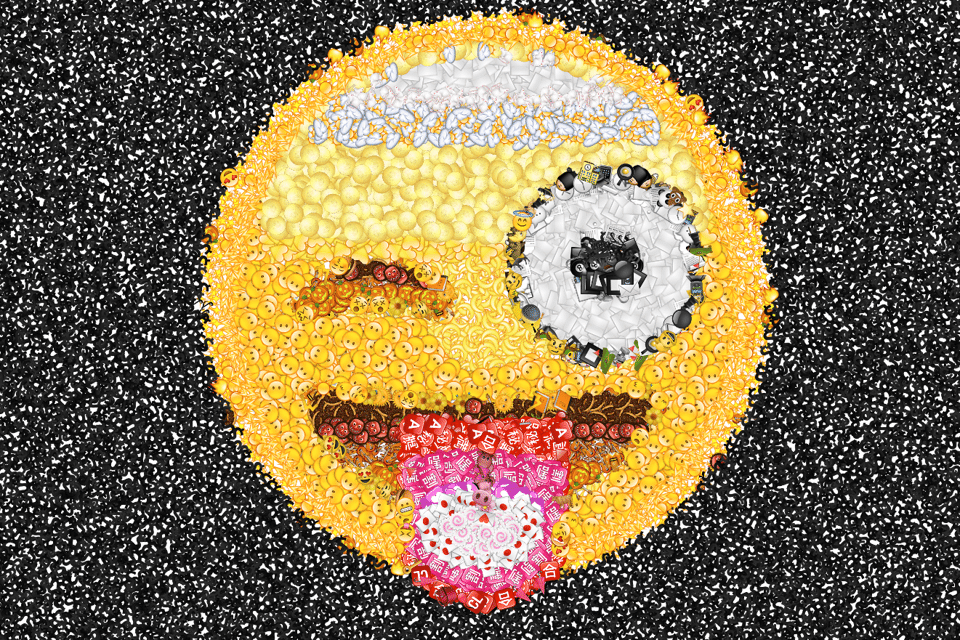 Why the hell can’t I be confident in my emoji being represented the way I see it on my device when sent to a different device?!

Imagine if a heart emoji sent from one person’s device showed up on the recipient’s app as a pile of poo. It’d be social suicide(first world problems).

That doesn’t happen because emoji are standardized by Unicode to prevent such cross-platform miscommunication. But the Unicode standard leaves room for interpretation, enough room that the variations in emoji across different brands can totally warp the meaning of what you’re trying to convey.

A chart of emoji sets from major US as well as the Japanese telecom firms that first invented the characters. Image: Unicode

When the Unicode Consortium, a nonprofit in Mountain View, approves a new batch of emoji, it stipulates

“while the shape of the character can vary significantly, designers should maintain the same ‘core’ shape,” because “Deviating too far from that core shape can cause interoperability problems.”

But the brands and services that implement them—smartphone manufacturers, messaging apps, chat clients—can interpret and design their icons slightly differently, often to reflect their corporate image.

Look at the variations in the emoji sets of major brands like Apple, Google, Samsung, and LG. While Apple’s grimace face is a sort of embarrassed “eek,” Google’s looks straight-up pissed, and Samsung’s… I don’t even know what’s going on there.

And I was dismayed to learn my beloved dancer emoji, who looks totally jazzed and ready to party on iOS, may be showing up as a weird tangoing blob to my Android friends, a ballerina on LG phones, and a man apparently doing the disco in Samsung’s font.

With the more personal symbols the stakes are higher if something’s lost in translation. Just look at the depiction of a gay couple in Google’s alphabet versus the other manufacturers:

Or how the gay and lesbian family emoji in iMessage:

So, how to know if the emoji you’re sending look totally differently to the people on the other end? It depends on what device and messaging platform the recipient is using, and/or which emoji font they’ve chosen.

Say you’re messaging a friend that has a Galaxy S5. They may be using the phone’s default messaging app in which case they’re seeing your emoji in Samsung’s emoji font. Or they may have switched to Hangouts or WhatsApp or installed an app like Emoji switcher that lets you toggle between manufacturer sets, so they could be seeing Google’s font or whatever font they’ve chosen. The only way to really know is ask.

You can also get a sense by searching specific symbols or browsing the different emoji fonts on Emojipedia. The major fonts are:

Apple — used on Messages on iOS and the iMessage app, and WhatsApp (currently the most popular messaging app in the world).

Emoji One — used in web apps like the Slack and Campfire group chats. (Slack will default to Apple emojis but let you choose between that and Google, Emoji One or Twitter style sets.)

Samsung — built in on devices with Samsung’s TouchWiz skin.

There are 845 emoji supported across multiple platforms, according to Emojipedia, and 1,620 emoji in the most recent version of the iPhone’s operating system, iOS 9.1, including 150 new emoji hot off the Unicode presses. When Apple users first upgraded to iOS 9, users on stock Android devices (or iPhone users that hadn’t updated) couldn’t see any of them. The missing emoji show as blank boxes or sometimes alien boxes on the other end.

What can be done?

Well it’s always fun to blame the brands—manufacturers could deviate less from the Unicode standard to make icons more uniform, and make a point to keep their operating systems up to date with the latest Unicode-approved emoji. Barring that, the onus is on the user. The app Emojily lets you look up how your icons will appear to the recipient before you send, which seems like a lot of extra work but is a nice safety net to avoid awkward miscommunication in sensitive relationships or topics.

I mean just look at the difference between the damn butterfly and cheese!

Or you know, don’t use emoji. I’m personally a fan of text-based emoticons—simple character combinations that depict facial expressions or body language. =D :/ 😛

Some messaging services offer an option not to turn emoticons into images and just go it old school. Or there’s the more complex Japanese-style kaomoji. There are a zillion to choose from, and they look the same no matter who’s on the other end. (b^_^)b

Don’t even get me started on Apples new emojis, that majority of people won’t even be able to see for months!

GIVE ME SOME DAMN UNIFORMITY oh “Standardized by Unicode” I mean Emojis have basically become more important than words in todays modernized communcation methods, but how do I know if you get my point if my beautiful blue majestic butterfly looks like a fucking monarch butterfly?!