If you plan to vote and re-elect Trump you deserve to be deported. A bipartisan view on Human Decency.

Unless at some point our country has turned into a propaganda making, history changing, dictatorship… then watching trump releasing fucking propaganda videos during press conferences where he should be calming and guiding the country is despicable.

He is taking a play out of China’s CURRENT playbook RIGHT now and trying to rewrite history to his favor. He is taking up national time with propaganda videos that are out of context LIES. If you are that uneducated to be able to decipher this truth from the other, then perhaps it is true, the “New America” is Trump.

The way he yells and screams at press for asking a question not a part of the networks he “loves”. He then answers, if he answers, with how great he is and no care about you the voter, usually ending up in blatant lies.

Are you trying to tell me that at this point this is the better option for our country? Are you trying to tell me America is so far gone from a fair, free-speech, constitutionally run democracy, that we want someone who would prefer to puff his feathers and mimic China or North Korea than govern the people in a way that keeps them from buying all the toilet paper in a panic?

If you don’t see he is trying to rewrite history(one again, like China is currently doing as well) and the massive damage he is doing to our lives, country, and humanity… You are not an American and don’t deserve to be here.

Or maybe, I am not American anymore for thinking differently and the country has moved on without me, like a bad breakup that I need to recognize and relinquish my my citizenship. Because that is how strongly I feel about this many being in office for one more minute. This is from someone who is very calm, very paced, and gave America the benefit of the doubt of “wanting to shake things up” as you all said. Well the shake up is done, and if it shakes anymore the baby will die.

I can’t sit quietly here anymore and accept you as human being with a moral compass or sense of intelligence. Any human being who truly loves their neighbor and those around them as other human beings would vote for a fucking ROCK over this man for another 4 years. Yes the “lesser of two evils” argument. But look in-front of you. You have the worst of the crop already in power! (if you want to change the lesser of two evils scenario, change the system, not the people. And do it prior to an election, stand up as a united front and fight for what we deserve before we are forced to blindly check a mark of a voting ballet, hoping for the best. Flex your democratic powers of organized protests, via actions. Hit this country in the fucking wallet before it completely implodes from everyone trying to crawl above everyone else, clawing their way through flesh to do it.)

This pandemic hasn’t changed him or who he was, it has given him a platform to show on a daily basis how fucking horrid of a human being he is and how he is the exact opposite of what you voted for. He doesn’t have the majority of his voters best interests in mind, he only cares about his “ratings”. HE IS THE FUCKING PRESIDENT, WHAT RATINGS ARE THERE?! And WHY does he compare these hyperbole ratings to journalists asking journalist questions!?

No one cares Mr. Trump, we are all sitting in our damn houses, watching Cuomo for guidance and brotherly relate-able humanity, eating the same ramen, in our sweats over and over, scared to shop for food, and not really sure what day it is or what life will look like after all of this, because your briefings only talk about you. You don’t care about the American citizen. You care about your optics. You care about your ego. You care about how best to spin your lies to make everyone so confused, that “the boy who cried wolf” syndrome kicks in, and you can just do what you want. You are literally putting America through Stockholm Syndrome and it frightens me.

Just imagine for a moment, whether you liked the man or not, and parties aside, what an Obama speech would have sounded like in a time like this? That man could have calmed a goddamn unbroken mare kicking him in the face and our country truly needs it in this time of dire circumstances. This is what a president should be, their politics aside. It is the HUMAN aspect of a president that is needed. And right now we lack one with any form of these human emotions such as empathy or common decency. Show me an example of a time where he cared about the dead, rather than his “ratings”.

But what if “I choose to vote for Policy rather than if someone acts Presidential.”

He is damaging this country. How he acts is the most important power a president possesses. In this time of great need has highlighted, just how useless his inability to actually take action, when action is needed, for life truly is.

Polices over humanity. That is what you just said. Sigh. Human life is much more fragile than we treat it. And it hurts me to the soul. We were given life, and we squander it away for pieces of paper with numbers on them that are inconsequential compared to our minds and each breath we take.

We are the ass end of a joke on the international stage right now, except the joke is COVID19 and instead of people laughing they are gasping as the deaths stack up. This will greatly effect how we run as a country in the future and are taken seriously going forward. How our Democracy is proving to be our weakness due to poor leadership vs our call to actually helping and solving major problems is clear. The world is noticing as we speak as well, not just for the future, and they are taking action now. China right now is trying to twist the story so hard to say Covid19 started here. And to be honest they could pull it off with the way our government is run by this man right now. I usually say “Don’t worry, the president doesn’t have that much power, there are checks and balances” but with this new platform for him to have his own “reality TV show” on, he has done/can do so much more damage to this country it sickens me. Another term for this president either means two things:

Please if you do plan to vote for him again or believe even a word he says, remove me as a friend immediately. Remove me, block me, and go fuck yourself. I’m done being nice to idiots and fools. And this has nothing to do with Republican or Democrat. This has to due with Human Logic.

Welcome to democracy, where freedom of speech means two things:
You can speak your opinion.
You can chose to not listen to that opinion.
However at some point people stopped listening to each other too well, and now there is a rift in this country. One that throws debate, logic, and reasoning out the window and we are forced to cancel culture the ones who are too far beyond. So in that light…

You’re canceled from my life. 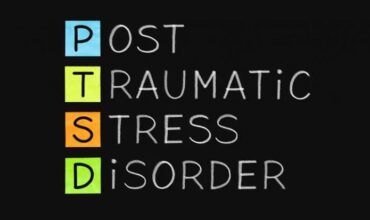 Individually together, we can change the world! 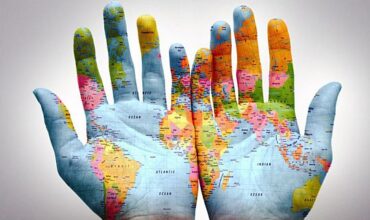 You aren’t alone although it feels that way, during quarentine. 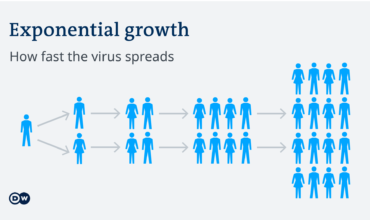