Since the release of the first iPhone to the “smallest update” iPhone 4S, all the way to today with the iPhone X there have been people camping outside apple stores weeks in advance! This is not only to secure their spot as FIRST to get their new device, but also a communal activity. The urban camping of the 21st century.

Disney was one of the first to capitalized on this well, they know they have good rides, so they setup lines that people don’t want to stand in, but will to go on a crazy adventure that lets them forget about the line in the first place.

I took a trip down to the 5th avenue flagship store multiple times to see if they were crazy, but to my surprise they were normal every day people with jobs, who just wanted to experience the phenomenon of an Apple Launch event as first.

This desire to stand in line and be first is something that is important to the iPhone’s reputation; they feel having the phone first is tangible rather than fleeting. And in a world of txts and emails and lack of social interaction, feeling a connection with your device, as strange as it sounds is important. You will use it every day, so you better like it.

The brand name association with Android over the years has struggled with each phone released as the companies who make them are having a power struggle to have the best phone. Do you buy a Samsung, an HTC, a MOTO, an LG.. With Android you have Motorola who came into the picture as the front runner with the original Droid, but quietly from the darkness emerged a little company called HTC who overlaid their own UI on the Android device and quickly overtook Motorola, now it seems Samsung is ahead as a prominent Android manufacturer. But each of these is a different Android experience, because they all skin the operating system differently. It isn’t unified by what manufacturer you like, but more about the user experience. So most of the users will never even see Google’s latest updates and features like the walled in garden of iOS.

Now that Google has entered their own market with the Pixel series of phones for the stock android experience and over the air updates, there is even more dilution.

When I, the consumer, go to the store, I am doing the opposite of what I should when shopping for a new Android phone; I am looking at specs of the all the different “brands” of Droid. Checking their specs and listening to the reps telling me which has X feature and which does not…

In the end it is about the user experience now that technology has pretty much evened out on most phones, even if the new iPhone has a CRAZY benchmark score.

I like choice, but I don’t want the choice to be a sacrifice.

Brick and Mortar, even today is really important:

Something even more important these days is customer service. You have these top brands like Google Pixel and Samsung Galaxy, but where do you go when you have an issue with your phone? Do you go to Google’s hidden web chat service? Do you bring your phone to you carrier and deal with their spotty customer service? Why doesn’t the Google Pixel get sold at the Google Store or the Samsung phones have a Samsung Kiosk like Microsoft did with their windows phones? I tell you what, “Genius” or not, the idea and high level of customer care at the Apple store is a HUGE selling point for me. Never have I walked into an Apple store thinking, “This is going to be a headache”. Same with their online and phone support.

Unity and the Blue Bubbles:

Like Blackberry did with their Blackberry messenger, iPhone created iMessage. An exclusive club for iPhone users to chat with one another using advanced features that can only be experienced on iOS or MacOS. While some might see this as a shitty way to shame people into wanting an iPhone, I see as a genius tool that has been proven to keep customers engaged in a platform time and time again.

Even with the Stigma android users feel for having a green bubble, the solution is rather simple: Google, MAKE A UNIFIED CHAT CLIENT LIKE iMESSAGE FOR ANDROID. No not the 6 different apps you have created for chat, video, chat again, and then shut them down because they don’t work. I am talking about replacing the stock android SMS app and unifying it across all android devices. At that point with the adoption rate of Android, it would actually have a larger following than iPhone users. The problem? That fragmentation again. How can you guarantee those on older versions of android get it? Not to mention the SMS experience on Android sucks compared to iMessage. It just handles rich information much better.

When all is said and done:

iOS and Android are so much in line with one another in terms of functionality and the hardware is almost even when it comes to flagship devices. But the user experience still suffers from so many aspects on Android. iOS is not without it’s shortcomings, I AM LOOKING AT YOU NOTIFICATIONS…

But word of mouth is the best AD campaign anyone can ask for. With the iPhone you know what to tell your friends, with Android, you are still not quite sure what to say or which phone to suggest to them, because your phone is a month old and the newest Android might be coming out next week, and trying to explain to someone that if they wait a month they might get the latest software upgrade, is like telling a 3 year old he might be able to watch TV if he eats his vegetables.

So I feel without a doubt, even with some Android features on the Stock/Latest versions of the operating system you may get some really awesome enhancements from a very long in the tooth iOS experience, due to a polished nature of iOS, unity with all others using iOS on old and new devices, Apple is the winner. Not because I am a fanboy but because it just makes more sense to get the device that doesn’t give me buyers remorse a month later and with new features like uniformed apps over the platform I will want my friends to have it too. It has a community feel and congruency therefore I am more likely to suggest it to my friends so I can interact with them on the device. Don’t believe me? Try snapchat on Android and then try it on iOS. Truly, what the fuck?

Shooting 4K of NYC on iPhone hanging out of a HELICOPTER! 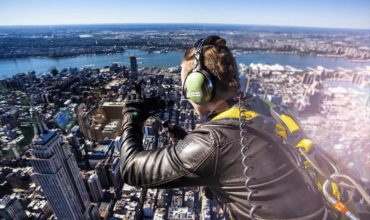 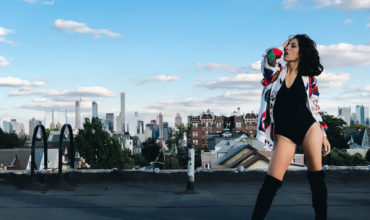 The Neo II LED (with HSS Flash) by Rotolight: Does it just work?! 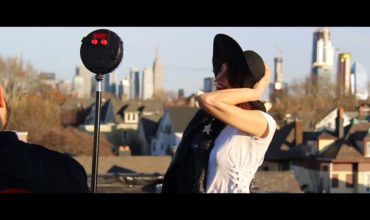