Conspiracy Theory Thursday Based on this Weeks News 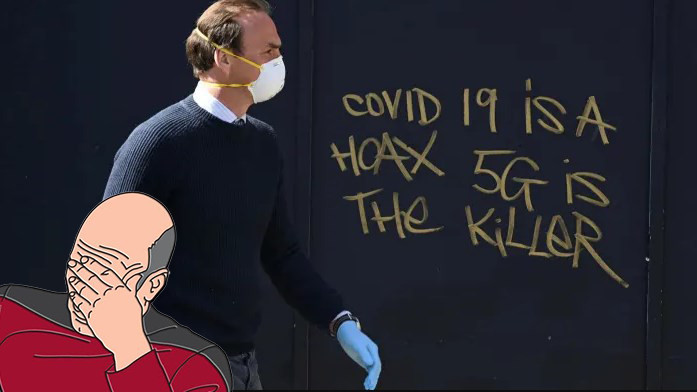 A: There is a large chance this is to counter the Chinese propaganda that the virus originated in the US. Specially since we fought so hard to say it wasn’t in the beginning.

2. Headline: Apple and Google want your information to track viruses.

A: If you think these two companies didn’t have this information already you are NUTS. The difference now is it is public and they are in a situation to gain public approval. There is a fine line being danced with apple and google here. And to be oblivious to it is irresponsible. To assume “they have our best interests in Mind” is foolish. But to also think this is the “first time they had access to this information” is even more foolish. So now that they want to make it public, we have to make our voices heard on what is acceptable and what is not. Because eventually that “opt in” button won’t even show up if people don’t speak up. And when you trace what motivates that button to eventually not show up, it is the wonderful power of the $. So just be vigilant and let your voices be heard, although if net neutrality has taught us anything, our voices can often mean very little if we continue to pay those who we want to listen.

3. Headline: The WHO just back tracked that they will checks and balances themselves after the pandemic, but are focused on that right now in response to Trump pulling funding.

A: Contrary to my anti Trump campaign, he scared them. He hit them in the wallet. And so they are treading very lightly knowing that China puts in a fraction of what we put into their organization with stipulations as well.

So while I agree he goes about this shit wrong and at the wrong times. The WHO needs a reality check or lack of check from us.
Is now the time to start that fight. Fuck no. Is trump incapable of finding the time or doing it properly. Fuck no. But we need to see it through clear glasses not fake tan orange tinted ones.
Also there is conflicting reports about just how we used the information given to us by the WHO and the information given to the WHO by China. So there is that mess too.

A: Good luck figuring our which is truth and which is propaganda, which is politically motivated, and which is just conspiracy. Because at this point our OWN PRESIDENT has muddied the water enough to completely discredit all sources of information. A country who doesn’t believe it’s leaders is not really a country after all. Russia couldn’t have done a better job at dismantling America if it tried. Thanks Mr. President.

5: Our President said he has ABSOLUTE POWER.

A: Unless he apologizes for that statement as a moment of weakness in a trying time and says he indeed does not, the AMERICAN PEOPLE need to step up as SOON as HUMANLY possible and force this man out of office. Because right now, he is a danger to our freedoms and democracy itself. Not to mention the national stage that is being destroyed for the future. And yes we will need other countries, shit we need them now.

Not only that but he doubled down, threatening to adjourn congress a day later so that he can get his judges appointed.

6: Summer is coming, get ready to enjoy the beach!

A: Summer is canceled. But if the government were to tell you how long this will TRULY majority of the population would freak out. So they give us months of hope at a time. But reality is, we are in a very long lockdown. So prepare for the long haul.